In the latest sign of peak cryptocurrency mania subsiding, a token backed by billionaire Mark Cuban crashed down to zero dollars Tuesday, joining a slew of other hyped-up cryptocurrencies that have crashed over the past month after frenzied trading drove the market to meteoric price highs this year.

A wave of panic selling Wednesday morning drove the price of Iron Titanium, a token Cuban disclosed he owned earlier this week, from a Wednesday high above $64 to less than 0.01% of a penny by Thursday morning after some of its biggest investors started selling the token at high volumes, spooking individual investors and triggering the massive selloff.

Though much more gradual, the prices of several other tokens sporting multi-billion-dollar market capitalizations have similarly crashed over the past month amid a broader crypto-market rout.

Safemoon, another token lauded by the Reddit crowd and social media influencers including crypto-bull Dave Portnoy, has plunged as much as 70% since amassing a $6 billion market cap in mid-May.

Shiba Inu tokens drew massive fanfare for their resemblance to dogecoin, the virtual currency endorsed by billionaire Elon Musk, and though they once held a nearly $13 billion valuation, they’ve plummeted nearly 75% in value since a peak on May 10.

According to crypto-data website CoinMarketCap, roughly one-third of the world’s 100 most valuable cryptocurrencies have plummeted at least 40% over the past month, and a dozen have crashed more than 50%. Only three have added value: Quant, Theta Fuel and Amp—small tokens (subject to extreme volatility) worth $916 million, $2.8 billion and $4.2 billion, respectively.

“I got hit like everyone else. Crazy part is I got out… [Then] Bam,” Cuban tweeted late Wednesday about Iron Titanium’s crash. The plunging prices exposed a flaw in the token’s design that created an arbitrage opportunity, effectively allowing investors to make unlimited money by buying and selling the token, which drove prices down further. “It was a crypto vortex of money,” Fred Schebesta, the founder of fintech company Founder and an Iron Finance investor, told Coindesk. “What happened is just the worst thing that could possibly happen considering their tokenomics.” Reddit traders have also blamed lackluster designs for the plunging prices of Safemoon, Shiba Inu and other formerly lauded tokens, though their crashes have been much less severe.

Established cryptocurrencies bitcoin and ether have struggled over the past month amid regulatory concerns and peaking investor sentiment, but their prices have fared much better than most of their smaller counterparts. Bitcoin is down 11% over the past month, while ether has plunged about 28%. When the crypto market peaked in May, Oanda Senior Market Analyst Edward Moya noted traders were piling into altcoins—or bitcoin alternatives—in a sign of growing speculation. Trading volume surged at the time, consistently totaling more than $300 billion each day. Mania has since cooled, with volume down to less than a third of its peak.

$1.6 trillion. That’s the value of the cryptocurrency market, 63% of which is made up of bitcoin and ether. 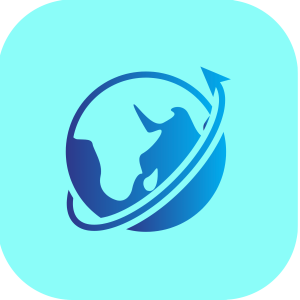 What to know before adding crypto to your retirement portfolio

Global crypto ATM installations have increased by 70% in 2021

No spam, notifications only about new products, updates.

What to know before adding crypto to your retirement portfolio

As older Americans worry about the size of their nest eggs, some may eye riskier assets, such as cryptocurrency, to

VATICAN CITY (AP) — A cardinal who allegedly induced an underling to lie to prosecutors. Brokers and lawyers who pulled

Global crypto ATM installations have increased by 70% in 2021

Alongside cryptocurrency’s decade-long adoption drive, the momentum behind the installation of crypto ATMs continues across the globe. Based on Coin